MUNCIE, Indiana – If Mike Pence’s plan was to hang out for four years in the Governor’s mansion earning points from his Tea Party cronies waiting to see if a run for president was in the cards for him in 2016, he might be wishing he stayed a congressman. As Muncie Voice has pointed out many times this year, the negative consequences from bad decisions made by both Pence and former governor Mitch Daniels are coming home to roost quicker than we are sure Pence could have ever imagined.

During a review this week of State Board of Education (SBOE) emails to decide if sunshine laws were broken by individual board members, the staff found a 10/3/2013 email CECI Agenda from James Betley of the Center for Education & Career Innovation (CECI) to Claire Fiddian-Green, the co-director of CECI. The email addresses many agenda items, but one of particular interest is listed under SBOE Chair indicating the following:

Problem: The Superintendent of Public Instruction serves as the Chair of the SBOE, Indiana is one of only two states whereby the elected Superintendent, who head the administrative Department , is also Chair of the policy-making State Board. This introduces real as well as perceived conflicts of interest. Moreover, given the size of the k-12 budget, leadership for the State Board should by rights lie with the Executive Branch leader as defined in the State Constitution.

Proposed Solution: Revise the statute to provide that the Governor appoints the Chair of the State Board of Education from among the gubernatorial appointments.

Analysis: The statute is silent as to the chair’s specific duties and responsibilities; However, the chair is currently interpreting the role of chair very broadly to give her the discretion to accept or reject agenda items and motions suggested by board members….An alternative solution may be to revise the shared governance procedure to make it clear that the chairman cannot reject agenda items or motions made by board members.

According to an IndyStar Press article, “CECI spokeswoman Lou Ann Baker dismissed the proposal as “an early iteration of policy ideas” that are no longer among the agency’s recommendations. Pence spokeswoman Kara Brooks called Ritz’s accusation “ridiculous” and said the governor “squashed the idea immediately” when it was brought to him in early October. She added that Pence told Ritz in a private meeting last week that he did not intend to revise the statute to appoint the board chair.”

Once the governor created the CECI earlier this year, there was much speculation that its role was to usurp Glenda Ritz, the lone democrat who defeated handily education reformer Tony Bennett. Pence repeatedly stated to the press that Ms. Ritz misunderstood his intentions for the formation of the CECI. Pence also denied existing SBOE members were working against her even though she found an email floating around between board members making policy decisions she had not been privy to.

All year we’ve heard Gov. Pence state that Ms. Ritz doesn’t understand her duties and even contacted federal mediators to work with Ritz and the SBOE. Yet, the recent email dated early October, still shows the group is recommending changes to legislature or imposing restrictions on her board chair seat.

At this point, we’re dismissing all the claims and excuses by Governor Pence and his appointees to the million dollar CECI and SBOE and sticking with facts as presented in the email to Claire Fiddian-Green.

Photo above furnished by www.indypublicmedia.com.

How to Become a Better Project Manager 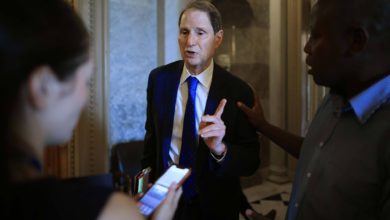 The Number of People With IRAs Worth $5 Million or More Has Tripled, Congress Says

New: Assange fiancée speaks to @stundin: Calls on Biden Administration to revert to #Obama era policy not to prosecute Publishers and Journalists #FreeAssange

Here we go again. I sincerely hope that the High Court allows me to do my job and attend the Assange extradition appeal as an accredited NGO observer, rather than leaving me to fight my way into the public gallery each day as we did at the Woolwich Crown Court and the Old Bailey. https://twitter.com/rsf_inter/status/1422936118715199488