For years now, urban areas in America have felt the pressure of the housing crisis. Cost of living has climbed steadily across the board, while wages remain stagnant. Gentrification has been pushing people out of their once-affordable homes, further and further away from the city. However, the struggle of finding an affordable, safe place to live is no longer an issue exclusive to the cities and urban areas. The affordable housing crisis has officially hit rural America, and in order for the situation to be properly fixed it needs to be understood.

The Housing Crisis Bleeds Into The Countryside

The housing crisis has become a global phenomenon, affecting communities and individuals across the planet. While it might seem that the main obstacle to adequate housing is affordability, other housing challenges include quality of housing and even availability and accessibility of housing. Rural areas are beginning to feel the impact of the housing crisis as more people are pushed out of cities into rural areas, turning the victims of gentrification into accidental gentrifiers themselves.

Low-income renters are especially vulnerable to shifts in the housing market in rural areas. A high percentage of rural residents are paying up to 50 percent of their income on housing, and while there are government programs put in place to help make rural housing affordable, they are having difficulties keeping up. These programs don’t have enough funding to provide enough incentive to property owners to keep their subsidized status, resulting in higher rent in areas that are already struggling economically.

One of the main issues plaguing both urban and rural areas is the fact that home ownership is less common than it once was, meaning that fewer people have assets that they are able to leverage if needed. While prices of homes have leveled out since the housing bubble burst in 2008, many people still struggle to find enough capital to afford a down payment, let alone pay the mortgage. This often results in entire communities with out-of-control rental markets where demand far exceeds supply, allowing property owners to raise rent prices at their discretion.

There are some challenges to adequate housing that are specific to rural areas, often due to a lack of infrastructure and access. As residents are pushed out of urban centers and into rural areas, the population tends to become younger and more diverse. The people moving in from urban centers generally rely on employment that isn’t readily available in rural areas, avoiding the mining, farming, and manufacturing jobs that are present. This leads to a rapidly expanding population with little new money coming in.

Rural communities face major challenges when trying to attract and access social workers, who can help them navigate the challenges of housing affordability. The costs associated with implementing social programs are often seen as too high by government agencies when compared to population density. This results in fewer programs that have to meet higher demands, because even though fewer people live in rural areas, they often rely on government assistance heavily. While many rural communities are making decent progress bouncing back from the recession, poverty is still rampant in these areas with many families struggling to pay the rent.

Another issue in rural communities is that they tend to have a higher concentration of elderly individuals in their population. These older individuals have different priorities when it comes to their housing, with many looking to downsize in order to obtain a more affordable mortgage, though there is often a lack of availability to do so. Few affordable housing opportunities exist for rural residents, especially for at-risk demographics like elderly individuals and people with disabilities.

While an ideal society would afford it’s citizens the right to adequate housing, this is an idea that, to many, is ultimately unachievable. Such a concept makes many right-wing politicians balk and decry it as a socialist pipe-dream, while many liberal minded politicians are also wary of the idea due to the logistics of implementing it. Despite this, there are still options for affordable housing within the current system, though they are not ideal.

Some may find the practice morally dubious, but a fantastic way to find an affordable home in a rural area is to look for homes that are in either foreclosure or pre-foreclosure. While foreclosures can be difficult to find through traditional listing services, there are several ways to make the search much easier. Government and bank websites often list homes that are in foreclosure, and going into a courthouse and asking around can also yield positive results.

Though availability may be limited, it never hurts to check the Rural Housing Service website to see what can be found in the appropriate price range. In addition to listing affordable rentals and homes for sale, the Rural Housing Service also provides single and multi-family housing programs. While the demand for these services is high, often resulting in long wait-lists, it doesn’t do any harm to put an application in for subsidized housing.

There doesn’t seem to be a clear path through the housing crisis the world finds itself in. Cuts to social programs through austerity measures happen more frequently every year, and the socioeconomic divide becomes more sharp with their losses. However, it isn’t impossible to find affordable housing in rural areas, if one knows where to look. 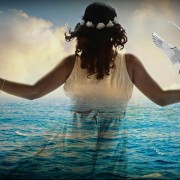 The Impact Farms Have on Our Health and Environment

Door Closes to Open Internet, But All May Not Be Lost 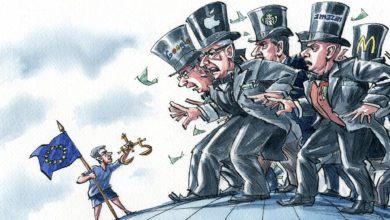 The Oligarchy Makes Poor Decisions by Disregarding Our Interconnectedness

What’s the Real Costs/Benefits of Dirty Energy Sources in Indiana?