MUNCIE, Indiana BLOG – As a muckraker, we take hard shots at the yellow journalism produced by our local newspaper, The StarPress. While much of it is deserved, we must admit there is an element of empathy for the few souls who still remain at Gannett’s satellite office producing a daily newspaper. While there is some empathy for the staff, we feel worse for the community who’s witnessed two thriving daily newspapers decline into a gossip column with a crime blotter. It’s sad.

Even with the existing skeleton crew, there is more bad news for employees and the community. The parent company, Gannett, launched a memo asking the older employees to take a buyout. It also warned more cuts are coming at USA Today to make them “more competitive in the marketplace”. That’s fancy executive-speak for, “Wall Street analysts expect more profits next year so we need to cut the dead weight because our CEO isn’t going to take a pay cut for the troops”.

Our recommendation is kill the local newspaper because it is a negative brand on the community. Over 50% of the content consists of the crime blotter. Cancel your subscription. Ask your children or grandchildren to sign you up on Facebook and/or Twitter. If those people aren’t around, take your phone to Verizon or ATT and get the customer service representatives to download news apps.

A few times a day on Twitter or Facebook and you’ll be up to speed on news happening around the world straight from the news sources, and with no dirty hands from cheap ink.

Do us all a favor, and help us give the boot to The StarPress. Close down the local office and we’ll tell the IndyStar crew to come get the computers. Kill it before it does any more damage. Chances are good they might be leaving the community anyway, so let’s hasten the process.

Then, we can design and build our very own media company from scratch which is owned by our community. Everybody contributes and everybody benefits. We decide on editorial content.

If you think Gannett cares about Muncie, Indiana news and information and how we brand ourselves to the outside world, please read on…

The local newspaper might have survived had it been locally owned, but it’s not. It’s part of the Gannett owned USA Today media empire. Gannett has plenty of executives who don’t produce news and information about Muncie. They’ve never stepped foot in this town.

However, the executives in McLean, Virginia want a cut of the action here. They’ve been extracting dollars from our community for decades. They literally syphon dollars out of Muncie for Wall Street and keep some for themselves.

We usually write about their yellow journalism motto, “If it bleeds, it leads.”, but this time it’s about real economics. Not the theoretical fluff from the university – hard-core financial realities.

As we’ve pointed out many times, we’ve wrapped up the industrial revolution where we “produced widgets for the world” across an assembly line from raw materials to a final product. Over time, technology allowed us to become more efficient producers. It also introduced the internet which opened up the ways of distributing real-time news and information.

In our article titled, Journalism Suffers Because It’s Owned by Capitalists, an extractive corporate model has killed the community newspaper. Really smart economists are coming to the realization that capitalism and our corporate structures aren’t sustainable.

The demand for growth from one quarter to the next, year after year isn’t sustainable. Companies consolidated to reduce management redundancies and shops were moved overseas where they could find cheap labor and no environmental regulations. Once wages and regulations increase, corporations look to move again. Executives get paid higher salaries and benefits, and workers get less. You can almost visualize the extractive process as both income and wealth is pulled upwards away from workers and communities.

For a media company, they can’t offshore reporters and journalists, so they have to beg older, more expensive employees to take a buyout or risk getting fired. You can bet the executives aren’t taking pay cuts, so all the cuts occur at the bottom of the company.

Gracia Martore Got a Huge Raise in 2014 Despite the Cuts

For instance, in a quietly released SEC report, Gannett revealed their wage and benefit reports for executives. Check out the overhead which our local community paper needs to support back in Virginia:

So, while the Chief Publisher was telling their “senior (expensive) employees to get lost or else”, the CEO gave herself a $2.75 million bonus, and a raise of nearly $1 million last year.

The CEO, Gracia Martore, has never produced one line of print about Muncie, Indiana, but our community has to support her salary.

Don’t worry, Gracia isn’t the only one who is screwing over their employees and communities across the country. Here are a few others:

As opposed to giving the newspapers back to the community, they’ll continue extracting monies from Muncie until it’s finally dead.

We know Midwesterners fear change, but we aren’t powerless victims. We can speed up their demise and create our own media company to shape a different image of Muncie, Indiana to the outside world.

One last note if you missed it, Gannett’s newspaper division will be spun off later this summer in what is being coined a “ceremonial discarding of the dead weight” from the digital broadcast media company it has become. So, it’s going to get much worse since they won’t be able to bury the operating losses of the newspaper division in the highly profitable broadcast side of the company.

Nothing positive coming for Gannett newspaper holdings like The StarPress. How City Living Can Impact Your Mental Health Ways You Can Help Your Community During an Outbreak 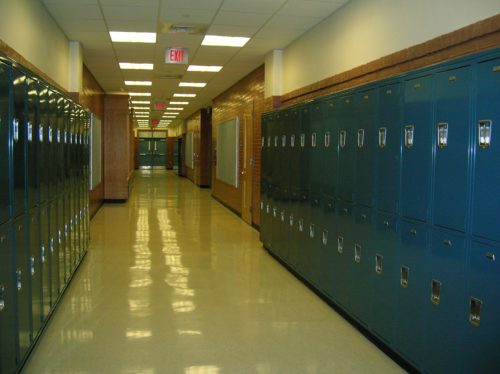 Live, Love, Learn (But Where?): Should Schools Reopen?