American Legislative Exchange Council, or ALEC,  is a corporate bill mill. It is not just a lobby or a front group; it is much more powerful than that. Through ALEC, corporations hand state legislators their wishlists to benefit their bottom line. Corporations fund almost all of ALEC’s operations. They pay for a seat on ALEC task forces where corporate lobbyists and special interest reps vote with elected officials to approve “model” bills.

You can learn much more at the Center for Media and Democracy’s ALECexposed.org, and check out breaking news on PRWatch.org site.

ALEC’s focus has been on enacting state laws which most commonly impact our lives and their bottom line. Corporate executives meet with public policy makers (our elected officials) to discuss laws that businesses want passed. ALEC then writes up a draft of the law which is presented to our lawmakers to enter into the lawmaking process. As these legal templates get passed and implemented, they are then shared with other states so they can do the same thing.

This list of corporations funding ALEC is much too long to reproduce in this article, so please visit ALEC’s Corporations to find out just how many, and who are working behind closed doors with those officials we elect into office to write bills benefiting them to our detriment. If you think they have our best interests at heart, don’t be gullible. If you think they’re about small government, don’t be gullible. They may want to reduce government regulations, but that’s as far as it goes. Their goal is to privatize government which will divert taxpayer dollars into their corporation coffers.

Their model bills will render our government completely ineffective in providing safeguards for consumers. Our government is rapidly losing its ability to keep the private sector powers in check.

We urge you to spend some time on the websites provided to inform yourself about what ALEC is all about and who are legislators in Indianapolis actually work for once we elect them. Once Nation Magazine and the Center for Media and Democracy started publishing the connections of which corporations funded ALEC to buy our politicians, many top consumer corporations supposedly have quit ALEC because of the damage caused to their brand, e.g. Coca Cola, Pepsi, McDonald’s, Wendy’s, Wal-Mart, and Walgreens. Check out more consumer corporations who have severed their ties to ALEC.

Another great source which we closely follow is Bill Moyers’ coverage of ALEC. We highly recommend reading Bill’s articles and watching his videos with guests who provide concise factual information for what is taking place with American’s legislative process.

Reformation of the University Village 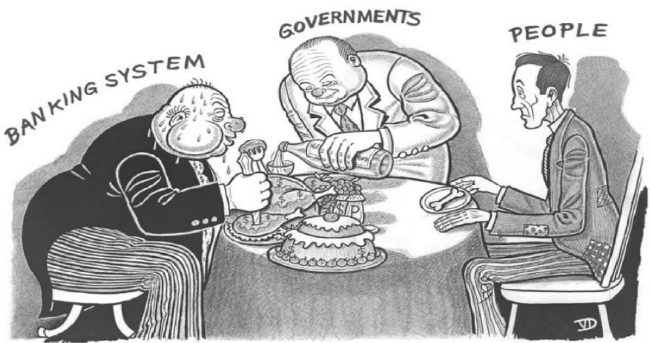 A Planned Economy to Benefit Workers

Obamacare: How Will We Judge Its Success/Failure?