In case you haven’t been watching, there has been a legal storm following the Supreme Court’s June 26 decision striking down DOMA, the Defense of Marriage Act, a law that barred the federal government from recognizing same-sex marriages in states that permit them.

Almost immediately after, Governor Mike Pence essentially told Hoosier gay men they don’t have the same rights as he does because he is a heterosexual Christian male, and his Facebook Page lit up like Clark Griswald’s house at Christmas. However, the comments were quickly removed.

Also rushing to write legislation was our ALEC owned lawmakers who got busy drafting the Indiana Marriage Discrimination Amendment or House Joint Resolution 6 (HJR-6) which passed through Indiana’s House and Senate (names of those who voted for this discriminatory resolution are forthcoming).

This resolution is on track to become the first time in Indiana’s history when our constitution is amended to take away rights rather than to grant them. – See more at: http://www.indianaequalityaction.org/get-informed/nix-6/#sthash.OI6plpn0.dpuf.

If it passes thru its journey untouched, Hoosiers will get a chance to vote on it in 2014 and demonstrate to the whole world where we stand – can’t wait for all the television, radio and newspaper misinformation campaigns for this one.

Lucky for us, we don’t have to wait until 2014 to see ridiculous rules concealing homophobia in action – we have the Muncie Family YMCA which somehow is stuck in the 1950’s with its “nuclear concept of family”. According to their membership handbook,  the definition of family is, “Family membership is open to husband and wife plus tax dependents per IRS standards.”

Gee, a conservative organization who actually likes the IRS.

I cannot imagine I’m alone with visions of Beaver saying, “Aw shucks, Mom, are you really going to tell us boys to stay away from

our new neighbor Bobby because he acts funny.”

Let’s be clear, they are not telling gays or lesbians they can’t join – they just don’t want them to use their “marriage claims” to get reduced membership fees.

It’s 2013 and we still have a 50’s mentality and wonder why are younger generation can’t wait to leave this state. We don’t even have a governor with enough guts to make us understand how our morals are universal and not based on any one religious perspective.

What’s funny is one only need to drive thirty minutes south and visit the New Castle YMCA. Same Judeo-Christian traditions, but their definition of family is, “Parents and all dependent children are eligible for a Family Membership.”

See, that’s not so hard, is it? Parents don’t have to be the same sex. I’m pretty sure two women or two men are just as capable of parenting as a man and woman. It’s just a few extra dollars to demonstrate to your community that you are an inclusive organization regardless of sexual orientation.

Remember how taboo it was to see inter-racial couples in Muncie? Some of you still cringe when you see it – guess what? In two or three generations, you won’t even be able to differentiate one race from the next. Do Hoosiers think progress will go away if they pass laws to stop it? Does our governor actually think gay people won’t exist if we pass laws preventing them from getting married in this state or recognizing their out of state marriage certificate in Hoosierville?

During a recent confirmation hearing in Washington, D.C., there were 5 gay nominees confirmed to high ranking posts. John Berry, former head of the U.S. Office of Personnel Management and the highest-ranking openly gay Obama administration official, was approved for the position of U.S. ambassador to Australia. In his remarks, he said, “Along the way, I was reminded again and again of the tremendous diversity of our great country, building lasting relationships with fellow Americans from all backgrounds as we worked together to address shared challenges,” Berry said. “I will carry with me these many voices of America, along with a profound commitment to strengthening the shared values that lie at the heart of our strategic relationship with Australia.”

Mr. Berry sounds like an excellent citizen and potential YMCA member, but he could not buy a family membership if he lived in Muncie.  If he and his husband wanted to maintain strong bodies, spirits and minds, John and his husband would have to buy two single memberships and two youth memberships for their kids.

So, Mr. Berry can be a U.S. ambassador to a foreign land, but in Muncie, his family would not be recognized as legitimate. In 2013, the only word to explain this is pathetic.

I reached out to Cathy Clark, CEO of Muncie Family YMCA to ask her why the local fitness center still uses this archaic definition to prevent same-sex couples from buying family memberships, but as usual, she referred my inquiry to their lawyer who apparently didn’t feel like my request deserved an answer since he doesn’t consider this writer a “journalist”

It was around seven years when Ms. Clark arrived from Dayton, Ohio, and many people were eager to see what kind of changes a lesbian leader would bring to the Young Man’s Christian Association after she introduced her female life partner to community members. I can remember thinking that Muncie is in for a treat.

The next big shocking moment was when she removed the painting of Jesus in the Downtown YMCA and tossed it into the dumpster. I thought this is going to be fun to watch. I can still remember seeing the painting of Jesus hidden behind the employees desk next to the basketball court. He put his fingers up to his lips and told me to be silent. I moved along waiting, waiting, waiting…

Seven years later, the definition of family remains “husband and wife and their IRS claimed dependents.”

Nothing. I even checked the Dayton YMCA where she came from and it defines family as, “Any two adults living in one household, and any dependent children under the age of 24 residing at the same address.”A progressive couldn’t have asked for better conditions to see reforms take place in Middletown, USA. Nothing.

This whole scenario taking place in a small stage here in Middletown, USA is just a microcosm of what is taking place across the country. Evangelical teapublicans have become the party of anti-environment, anti-women rights, anti-voter rights, anti-immigrant, anti-gay, anti-worker, anti-healthcare, etc. And while they applaud for all their anti- platforms across the red states, they also claim to be good Christians whatever that means.

Yet, here in Middletown, USA, we have the same two organizations within 30 minutes of each other and both espouse the same Judeo-Christian principles, and both have many years experience in building strong families, yet they don’t even agree how to define a family.

If we don’t want same-sex couples to have the same rights as “heterosexuals”, shouldn’t we be sure it’s wrong. Shouldn’t every single Christian organization throughout the World be in 100% agreement on this topic?

Let’s face it, if the YMCA cannot make a definitive statement and stand behind it across the board, then maybe, just maybe, they shouldn’t even make that judgement. Maybe it’s a sign that each individual family decide for themselves what a family looks like and feels like. Why does some entity outside the family need to impose their will?

As a parting note, did you happen to catch Jay Leno the other night. He asked President Barack Obama about the discrimination and hate laws against the LGBT community in Russia, and President Obama replied, “I have been very clear that when it comes to universal rights, when it comes to people’s basic freedoms, that whether you’re discriminating on the basis of race, religion, gender, or sexual orientation you are violating the basic morality that I think should transcend every country,” and emphasized later, “But one of the things I think is very important for me to speak out on is making sure that people are treated fairly and justly because that’s what we stand for, and I believe that that’s a precept that’s not unique to America,” Obama said. “That’s just something that should apply everywhere.”

Gallup Satisfaction Poll: Americans Must Be in Denial 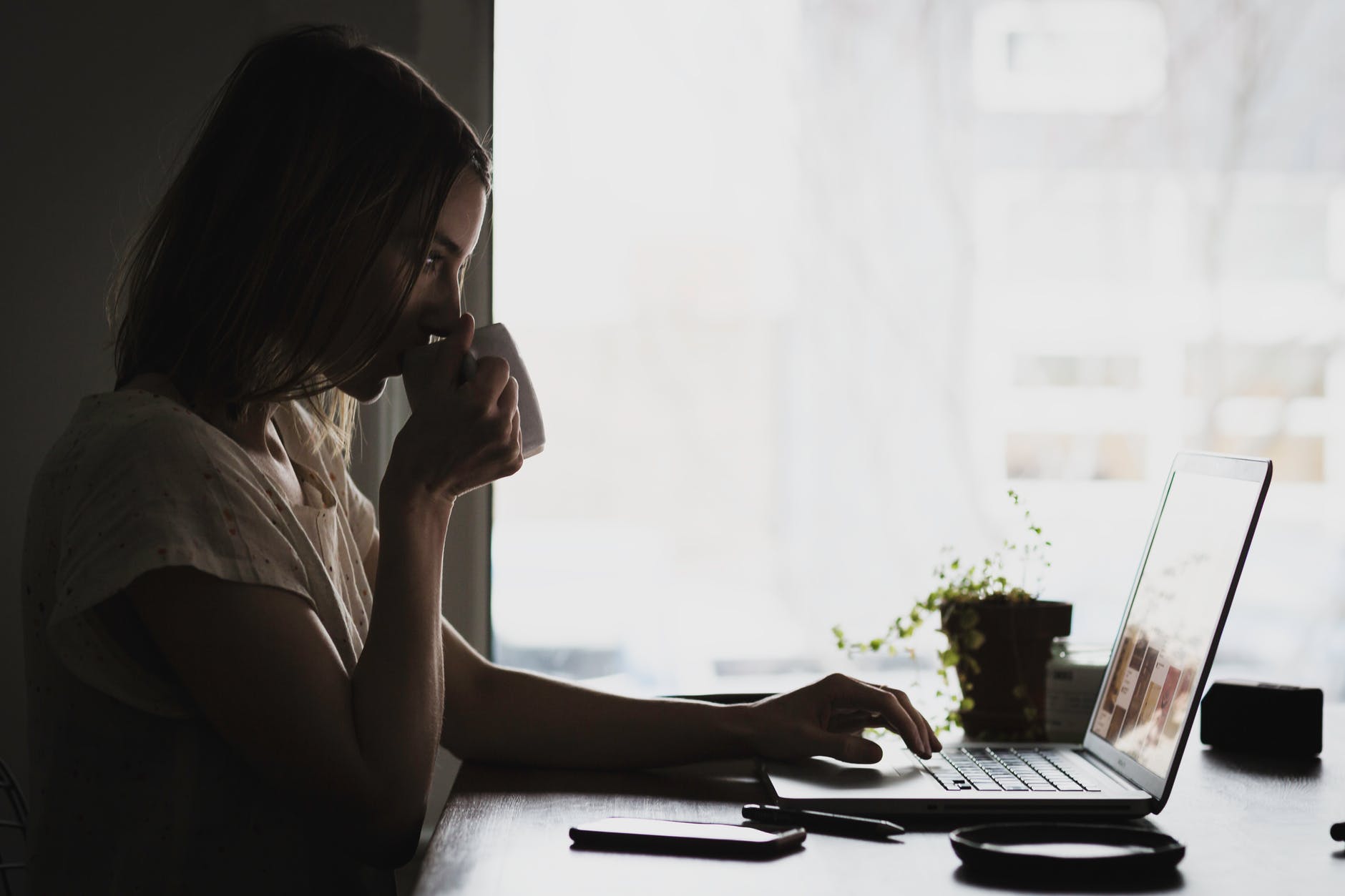 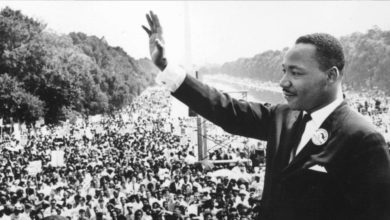 What Do Data Companies Know About You?

Go to mobile version
We use cookies to ensure that we give you the best experience on our website. If you continue to use this site we will assume that you are happy with it.Ok