The National Security Agency is a “supercomputing powerhouse” with machines so powerful their speed is measured in thousands of trillions of operations per second. The agency turns its giant machine brains to the task of sifting through unimaginably large troves of data its surveillance programs capture.

But ask the NSA, as part of a freedom of information request, to do a seemingly simple search of its own employees’ email? The agency says it doesn’t have the technology.

“There’s no central method to search an email at this time with the way our records are set up, unfortunately,” NSA Freedom of Information Act officer Cindy Blacker told me last week.

The system is “a little antiquated and archaic,” she added.

I filed a request last week for emails between NSA employees and employees of the National Geographic Channel over a specific time period. The TV station had aired a friendly documentary on the NSA and I want to better understand the agency’s public-relations efforts.

A few days after filing the request, Blacker called, asking me to narrow my request since the FOIA office can search emails only “person by person,” rather than in bulk. The NSA has more than 30,000 employees.

I reached out to the NSA press office seeking more information but got no response.

It’s actually common for large corporations to do bulk searches of their employees email as part of internal investigations or legal discovery.

“It’s just baffling,” says Mark Caramanica of the Reporters Committee for Freedom of the Press. “This is an agency that’s charged with monitoring millions of communications globally and they can’t even track their own internal communications in response to a FOIA request.”

Federal agencies’ public records offices are often underfunded, according to Lucy Dalglish, dean of the journalism school at University of Maryland and a longtime observer of FOIA issues.

But, Daglish says, “If anybody is going to have the money to engage in evaluation of digital information, it’s the NSA for heaven’s sake.”

For more on the NSA, read our story on the agency’s tapping of Internet cables, our fact-check on claims about the NSA and Sept. 11, and our timeline of surveillance law. 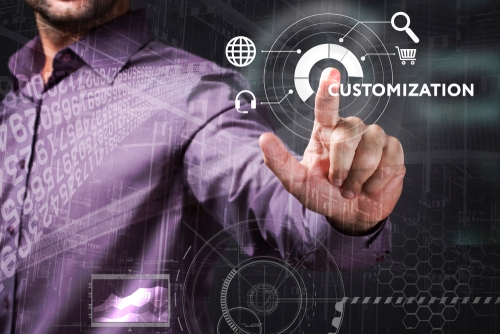