If you look at the most recent findings of the July 10th Gallup Poll it provides some insight to why our country is struggling. Nearly 40 years ago, Dr. Gallup asked Americans if they favored a national referenda on key issues, shortened presidential elections, and term limits. Guess what?

They did, and they still do.

However, none of these suggestions have been implemented – not one. Some states have voted in term limits and there are public campaign financing programs which establish rules around state campaigns, but our elected officials at the federal level have made no progress toward satisfying the will of the people.

If you allow me to stick with the polling game a little longer, Gallup polls also indicate that Americans have dropped their approval rating of Congress to 17%. This would indicate that 83% of Americans disapprove of the job Congress is doing.

Why do the American people want these implemented?

The American people want a national referenda on key issues because they feel their voices are not being heard. We just had a national gun law debate where the majority of Americans wanted tighter gun control, and we didn’t get it.

Americans know what we want, and we don’t want what we have because our interests are being ignored. The only thing they need from us is our vote to place them in office. After that, we don’t matter.

The Tea Party and Libertarians say our problem is Big Government. However, the government policies made over the same 40 years while they were ignoring the will of the people have benefited one group…the 1%. Who has it hurt? The Middle Class.

There were only a handful of people and groups spending hundreds of millions on the 2012 Presidential Election. When staffers in Washington come and go from the public sector to the private sector, how is that benefiting the majority of people? When global corporations are allowed to dictate government policy, how can we expect the outcomes will benefit us. The things we want are being ignored because global corporations own the system we have now and all the politicians with them.

If you think Big Government is the problem, than you’re not paying attention.

All the great democratic presidents warned us about it, but we were apathetic.

Dr. Gallup’s survey 40 years was the will of the people and it has been ignored. During the same time our wishes were ignored, a great economic shift has taken place because our government was transferred from the people to the corporations. All of this countries wealth is now concentrated in the hands of a few people, and if you expect them to take care of us now, you are still asleep.

The goal for Americans is to wake up to the fact that we are fooling ourselves if we think this government is going to change its course on its own – we, the people will have to demand it. Or else our fate will be as back seat passengers on to this race to the bottom where global interests drive the bus, and our government becomes a police state to keep us in line.

Entitlement: What Does the Research Say? 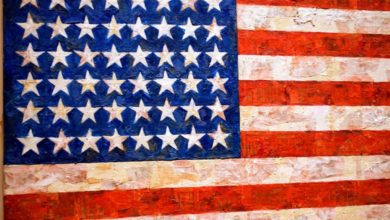