The Guantanamo Bay trials of alleged terrorists,  restarted by President Obama in 2011, have been marked by secrecy, snafus, and delays. ProPublica’s Cora Currier is at Gitmo this week for one such case. Read her first dispatch, about arriving at the U.S.’s most infamous court.

On October 12, 2000, a skiff pulled up alongside the U.S.S. Cole, docked in Aden, Yemen, and blew up. The attack killed 17 sailors and nearly sank the Cole. It was one of Al Qaeda’s most lethal operations before 9/11.

Nearly 13 years on, prosecutors and defense lawyers are still in pre-trial hearings, arguing over spiral notebooks, whether a dead man can testify, and dozens of other legal questions ranging from mundane errors to constitutional challenges to the court’s authority. There’s no indication when the actual trial will be able to begin.

Welcome to the courts at Guantanamo Bay.

Abd al Rahim Al Nashiri faces the death penalty for allegedly being “in charge of planning and preparation” of the attack on the Cole, as well an attack on a French ship and an attempted bombing of another U.S. vessel. The 48-year-old Saudi has been in U.S. hands since 2002, first at a CIA secret prison and for the six last years at Gitmo.

In this week’s hearings, Nashiri sits in a wheeled office chair, unshackled, dressed in a white, oversize, short-sleeved shirt. (On a tour of the courtroom, we were told defendants had to sit in chairs without wheels.) His lawyer can’t say whether he’s fasting as part of the ongoing hunger strike at Guantanamo, but he appears to be a normal weight.

I’m watching the first day’s proceedings behind triple-paneled soundproof glass, looking into the courtroom, facing the judge, alongside legal observers and victims and family members of those harmed in the bombing.

We are not allowed to doodle, lest we reveal the layout of the room.

TVs above the window play the proceedings along with audio. Both have a controversial 40 second delay, allowing censors time to bleep out classified information.

So we all rise for the judge, then sit again as he takes his seat and starts talking, only to still be hearing nothing and watching, on TV, an empty chair. When the court recesses, the judge leaves the room, and we all remain standing, rapt at his still-speaking image on the TV screen.

The issue currently before the judge, James Pohl, is, well, according to Pohl: “This is an issue…” He paused, with a sigh.

“I won’t characterize what I think of the issue.”

In fact, the morning’s hearing covers a motion the defense has filed, seeking to clarify what, precisely, they can bring into meetings with their client. Recently, the government wouldn’t let them bring in a note-filled spiral-bound notebook, saying the wire, if removed, could be dangerous.

The prosecution offers solutions. The defense lawyers could, for example, take the pages they need from their spiral notebook and transfer them to a three-ring binder, Marine Major Christopher Ruge tells the judge. The defense lawyers’ notebook, Ruge notes, “comes three-hole punched.”

But when pressed on it, the prosecutor is not actually sure that binders are allowed.

Nashiri’s civilian attorney, Rick Kammen, jumps on the wavering to take issue with what he characterizes as an ever-changing, erratically enforced procedure. “Pens, eyeglasses – almost anything in the imagination of someone who sees danger everywhere – can be a weapon.” (Kammen wears a kangaroo pin on his lapel, for kangaroo court. He says he also keeps a stuffed kangaroo on his desk.)

Major Ruge says the military has to keep everyone safe: “A length of metal wire can be broken off of it, much like a paper clip, and used as a weapon.” A ruling on what constitutes contraband steps over the line into dictating day-to-day prison operations.

The judge turns to the defense. “What harm are you suffering, by simply bringing in a non-spiral notebook?”

“If we have material in the [spiral] notebook,” Kammen responds, “it renders the visit less effective.”

Another government counsel states for the record that three-ring binders would indeed be allowed. Some of the family members shake their heads. One of them chuckles.

Later in the day, Ronald Francis, whose 19-year-old daughter Lakeina was killed in the Cole attack, says that to spend time “on can I have a notebook with metal is really asinine. They need to get to the meat of what we’re here for.”

The judge asks, “Can the next commander come in and decide, I don’t like pens?”

Nashiri’s lawyer Kammen chimes in, “I can see another prosecutor saying, in deference to another commander, they’ve got to write in crayon.”

In the end, the judge sides with the defense, allowing them to call witnesses later this week to testify on the matter of spiral notebooks.

Other motions are dispensed with fairly quickly. One was to note a medical evaluation that had found Nashiri sane, but suffering from PTSD and depression. The cause of these ailments was not noted in the unclassified version, though the defense suggests it stems from his torture in CIA custody. Classified documents show Nashiri was waterboarded and subject to a mock-execution with a power drill. Nashiri has said torture led to his confession to the Cole attack.

Others drag on interminably.

In April, it was revealed prosecutors in another case had somehow ended up with defense emails (though didn’t read them) and defense files had disappeared off central servers.

The government says the problems were technical and are being remedied, and that it’s time to move on. The defense acknowledges the mistakes don’t appear to be intentional, but say they’re still not convinced their information is secure.

We also hear about the mysterious case of monitoring devices disguised as smoke detectors in attorney-client meeting rooms at the prison. In this instance, the arguments are still only over which witnesses to call, not the facts of the case, and again, the defense seeks to make it about their lack of faith in the fairness of the commissions system. The government maintains it’s a non-issue; no monitoring has or will occur. The judge rules we’ll hear testimony from a prison commander later in the week.

We do touch on weightier matters. Does the Sixth Amendment guarantee that defendants “be confronted with the witnesses,” apply to the military commissions? Is hearsay admissible?

As the New York Times reported in 2009, the public evidence of Nashiri’s role in the bombing includes second-hand statements from people who may be dead or impossible to bring to testify.

One such man is Fahd Al Quso, who was indicted along with Nashiri for the Cole bombing, and then reportedly killed in a drone strike in Yemen last year.

Is his “testimony,” transmitted via FBI agents or old reports, still admissible?

Kammen begins, “If I pick up the paper and read a government witness has died –”

The judge interjects. “Is now unavailable.”

“Is now unavailable,” Kammen continues, “can the U.S. kill witnesses and then still use their evidence, their hearsay evidence?” If so, he says, the defense will need to prepare for the possibility, and do extensive research overseas.

The government “opposes the motion as unripe” — that is, the harm the defense seeks to remedy is not yet apparent. The chief prosecutor, Brigadier General Mark Martins, says if and when the prosecution includes hearsay, then the defense can object.

Both sides are pushing on the military commissions’ sore spot – delays. The defense says it’s best to delay now – to rule whether hearsay is admissible – and avoid delay later, when the defense challenges it down the road.

The judge concedes, “I’m not going to sit up here and tell you it may be a quick process.”

“It’s going to be a hideously long process,” says Kammen.

On the second day of the hearings we also hear arguments about whether or not Nashiri can be banned from classified pre-trial hearings. He doesn’t have security clearance, after all. He can be present when he himself discusses classified information that he knows, the government says. But beyond that, it’s not guaranteed.

The defense team (which does have clearance), claims a Catch-22 – they can’t ask Nashiri whether he knows about classified information without revealing it.

Among the things that are classified: detainees’ treatment by the CIA. The defense argues that Nashiri’s torture is central to their case, and that Nashiri must be able to counter what the government says about it.

“Let’s say some agency gives them incorrect information,” Kammen says. “He will never be in a position to say to us that’s not true. And waiting ’til trial is way, way, way too late.”

During a court recess, the reporters are stuck in an awkward spot in a courtyard behind the courtroom, hanging out of the sun under a tarp tent. The legal observers debate the finer points of the arguments. The victims and family members are set apart, with their own escorts. One of them looks at the observers talking, mimes chattering with his hand, and rolls his eyes at John Clodfelter, who lost his son, Kenneth.

Later, Clodfelter fulminates against the “legalese.”

“They’re not even thinking about the people that were killed,” he says. 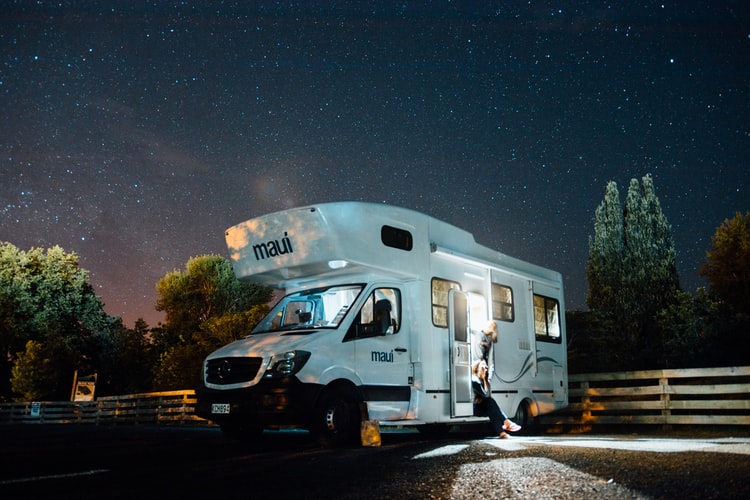 Seasonal and Remote Work in the Midwest