Cook Organic, Not the Planet

What if there were an inexpensive technology that could cut greenhouse gas emissions by up to 50 percent or more?

What if this technology over the next 30-40 years could also sequester 50-100 parts-per-million (ppm) of carbon dioxide (CO2), to bring the total ppm of CO2 in the atmosphere down from the current 392 ppm to 350 ppm – the number scientists tell us we must achieve in order to avert a climate crisis? And what if this technology were widely available to all of us?

It is. And we need look no further than the end of our forks.

The Organic Consumers Association has joined the Sierra Club, 350.org, Hip Hop Caucus and more than 75 other organizations to endorse what we believe will be the largest climate rally in history, Forward on Climate. The rally will be held on February 17 in Washington D.C.

Forward on Climate’s rallying cry is this:

We couldn’t agree more. Scientists warn that we’re headed for a seven degree Fahrenheit average temperature rise, which some predict could come as early as 2060. Unless we reverse global warming, the earth, which is expected to have 9 billion people in 2050, will have a carrying capacity for only one billion.

Dirty energy is a big culprit in the global warming calamity. But our atmosphere isn’t its only victim. Tar sands, fracking and mountaintop-removal coal mining also ravage our farmlands and poison our water, ultimately placing a terrible strain on our ability to produce safe, healthy food for a burgeoning population.  Our love affair with Big Energy is having a devastating effect on both the climate and agriculture. Just ask the farmers who lost millions of acres of crops to the recent draught.

But agriculture, that is chemical, genetically engineered and energy-intensive industrial agriculture, is much more than a passive victim of dirty energy exploitation and climate chaos. It’s also a major contributor to the problem. The production of meat, eggs and milk on factory farms is responsible for up to 51 percent of greenhouse gas emissions, according to the Worldwatch Institute. Those emissions, which include CO2, methane and nitrous oxide, arise from the combination of livestock feed production, the animals themselves, and the waste they produce.

Industrial farming, especially the cultivation of genetically engineered soy and palm oil, is also responsible for the destruction of millions of acres of forests and rainforests. When forests are logged or burned to make way for fields or pastures, they release CO2 into the atmosphere. In fact, 20 percent of all greenhouse gas pollution comes from deforestation. Once forests are stripped of their trees, they’re also stripped of their ability to help stabilize the climate by naturally sequestering billions of tons of carbon.

Factory farming is inherently inefficient. It requires enormous amounts of pesticides and fossil fuel-based fertilizers to grow grain, most of it genetically engineered corn and soy, to feed just cattle alone. More than 80 percent of the grain grown in the U.S. goes to feed animals crammed in factory farms. What do we get in return? For every 100 food calories of edible crops fed to livestock, we get back just 30 calories in the form of meat and dairy – a 70 percent loss.

An organic solution to climate change?

The way we produce food, just like the way we manage forests, has a big impact on the capacity of the land to not only adapt, but to mitigate climate change.  While industrial agriculture spews greenhouse gases into the earth’s atmosphere, at the rate of 3,700 pounds of CO2 per year per acre, organic agriculture, through natural photosynthesis, actually can sequester carbon matter into the soil. So an acre of land, farmed using organic methods that include composting and cover crops, can naturally sequester up to 7,000 pounds of CO2 back into the earth per year, according to research carried out by the Rodale Institute and others.

Carbon ranching, or simply grazing animals on perennial pastures, also increases the organic content of soil. If the world’s 8.3 billion acres of pasture and rangelands were transitioned to carbon ranches, they would be able to sequester anywhere from 1,000-7,000 pounds of carbon dioxide per acre per year.

We have the technology to save the planet. By abolishing factory farms and industrial and GMO crop cultivation, and making the Great Transition back to carbon ranching and organic farming we could potentially sequester 100 percent of greenhouse gas emissions, and bring the CO2 level back down to the safe level of 350 ppm.

The technology we need to cut greenhouse gases 50 percent or more is right at the end of our forks. Climate scientist Dr. James Hansen told an interviewer that one of the best climate-friendly actions an individual can take is to stop eating meat.

Climate activist Bill McKibben writes in his article, The Only Way to Have a Cow, “We should simply stop eating factory-farmed meat, and the effects on climate change would be but one of the many benefits.”

Boycotting products that come from factory farms, eating more local, organic produce, and eating less meat – these are empowering ideas. But converting climate-friendly eaters one at a time will make for very slow going. We need to take this movement out of the kitchen and into the streets to get control of the companies that profit from factory farming.

On the consumer end, we need laws that require Cargill, Smithfield Farms, JBS, Dean & Tyson to tell us the truth about how they’re producing our food. We need labels on meat, milk and eggs from factory farms.

On the production end, food and farm workers, local communities, and family farmers – the people who experience the harsh realities of factory farm abuses, pollution and economics first hand – need to be empowered to have a say in how things are done on the farm.

When Barack Obama was running for president, he said:

“As president, I would direct the Environmental Protection Agency to strictly monitor and regulate pollution from large factory farms, with tough fines for those that violate environmental standards. I also support efforts to provide more meaningful local control over these factory farms.”

Let’s hold him to it!

Ready to try climate-friendly eating? Here are a few tips:

Alexis Baden-Mayer is political director of the Organic Consumers Association.http://www.organicconsumers.org

Why Independent Artists Should Care About Net Neutrality 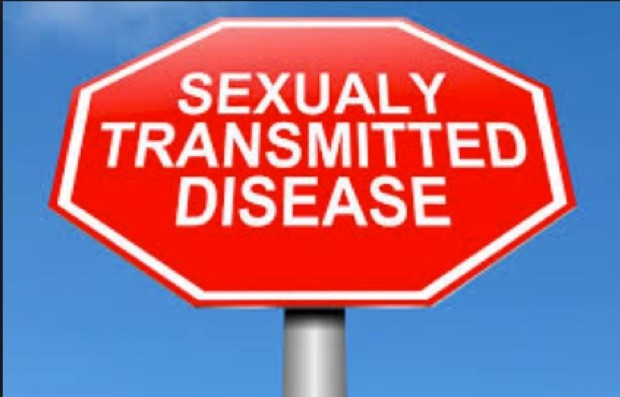