How can we deal with mass gun violence?

The tragedy of the Sandy Hook elementary shooting not only shocked the nation but resurrected the debate on gun violence and gun control. Immediately, the discussion of gun control got defined as either a ban on firearms or eliminating gun-free zones. Unfortunately that is the typical framework for debates on many topics that face the United States today by espousing the extremes of the issue. Gun control doesn’t have to be about banning firearms and a solution to mass shootings doesn’t have to be a singular one.

There are many issues that surround the seemingly-American phenomenon of mass shootings: access to firearms, mental health, and a culture of violence. Mental health services are sorely underfunded and need to be more affordable and more accessible. The stigma attached to needing and/or seeking mental health assistance also needs to be changed. Our culture often associates such need as a weakness that seems to be magnified when contrasted against masculinity.

The American culture of violence, usually exampled in our movies and video games, glorifies violence. But how can other countries watch our movies and play our video games and have far less gun violence? It may have to do with their access to health care, including mental health. It may just as well be that their social norms don’t support the glorification of violence present in these movies and games. It could also indicate the variation of amount of empathy present between our cultures.

Americans also equate certain aspects to firearms like freedom, independence, strength, and masculinity. Beyond just the shared belief that the 2nd Amendment protects an individual right – it does say “the People” after all – these associations to firearms are born from American history where our start was won with them, our Union was secured with them, and the “West was won” with them. We have to remember there was no standing American army for our Founding Fathers. Their keeping of a musket and the will for independence forged the revolution. It was in that spirit that they amended the U.S. Constitution with the 2nd Amendment.

When our government neglects its role as a public servant and begins to trespass on our liberties with warrant-less wiretapping, indefinite detention, torture, illegal war, assassination of American citizens, and serves only the interests of mega-corporations and the rich would our gun culture rise up against and defeat a modern military with well trained soldiers and assault drones?

The problem with cultural meanings is that it can take a long time to successfully change them and their associations. While access to mental health and better regulation of firearms is a relatively quick legislative fix, so long as they are funded.

The United States already has several regulations regarding firearms, some stringent, some less so. The recent gun tragedies have caused several people to call for the re-enactment of the 1994 Assault Weapons Ban. You may take issue with the term “assault weapons” as the types of tactical long rifles targeted – civilian model AR15s, M4s, AK47s, etc. – don’t meet the military definition of assault rifles which have selective fire modes. We can’t ignore that these long rifles are used more frequently in mass shootings, although handguns are the most frequently used firearms in crimes committed with a firearm.

I think such semantic disagreement is a red herring to the effectiveness in the 1994 ban. If we consider mass shootings, which are from where this debate has been resurrected, we don’t see a significant decrease during the 10 year ban period. From 1994 to 2004 we still saw 15 mass murder incidents as defined by the FBI as four or more murders in the same occurrence with no cool down period. We saw 16 in the ten years prior to the ban and 17 since. So merely re-enacting that firearm ban isn’t going to be enough, we need something smarter.

The reason why the ban wasn’t effective isn’t because it had a sunset clause, as we saw those incidents during the ban, it’s because it didn’t deal with the millions of tactical long rifles that were already in ownership. Couple that with the unregulated person-to-person transfer of those firearms and you can see the real dilemma.

Few people seem to know about the National Firearms Act (NFA) of 1936. It basically created two categories of firearms (and some other weapons). Type 1 weapons consist of firearms you normally think of people owning: shotguns, bolt-action rifles, lever-action rifles, semi-automatic handguns, revolvers, and yes the tactical long rifles that were the subject of the 1994 ban. Type 2 weapons consist of firearms and accessories that you probably think are illegal to own: machine guns, anti-tank guns, grenade launchers, and sound suppressors.

The Gun Ownership Protection act of 1986, while loosening some of the restrictions put into place by the Gun Control Act of 1968, made civilian ownership of machine guns made in 1986 and going forward illegal. That basically made all previously manufactured machine guns legal to own as a curios and relic under the NFA Type 2 regulations.

Senator Diane Feinstein has made a proposal that she plans on introducing to the U.S. Senate this month. The proposal will combine certain aspects of the 1994 ban with the NFA. It will ban the sale, transfer, importation, and manufacturing of tactical, semi-automatic long rifles to be listed in the bill. It changes the 2-characteristic test to a 1-characteristic test by eliminating the need for the rifle to have a bayonet lug. It will ban high-capacity magazines and semi-automatics that have fixed magazines that can take more than 10 rounds. It will exempt approximately 900 firearms commonly used in hunting, sports purposes, home defense, and curios and relics. It will grandfather legally owned firearms that would fall under this ban and will require them to be registered and the owners to be fingerprinted. It will also require funding to the ATF for the expected increase in registrations.

This combination will be more effective than the 1994 ban by extending some of the NFA Type 2 regulations to firearm ownership and transfer. Unfortunately with our constant legislative combat over fiscal issues the funding may never be realized. Plus this bill, like all others, will not pass through both houses unamended, especially since it deals with a firearms ban of a popular rifle with no sunset clause.

There’s a way, however, it could be altered to fix both problems: simply remove the ban and extend the Type 2 list to include those listed firearms and the high-capacity magazines. Initial transfers of Type 2 weapons have a $200 tax stamp, add a tax on the ammo for those tactical rifles (like the .223 caliber) and we still generate revenue from their initial transfer while maintaining the ability for civilian ownership, albeit better regulated.

The government can’t track specific gun sales but it can and does track the number of background checks requested. Although, since a purchaser can purchase more than one firearm in a sale, that number is under representative of the number of firearms sold. According to the FBI in 2007 there were 11 million background check requests. If we assume that 20% of those were for tactical long rifles that would be 2.2 million initial transfers. If we assume that an additional tax would cut that number down in half in a year, that’s still 1.1 million which with a $200 tax stamp would generate $880 million. That would definitely help fund additional registrations and possibly help offset the cost to increase access for mental health.

We know the firearm ban alone doesn’t work. We know that it would be wildly unpopular and would make the uproar on the health care reform look mild. We also know that the NFA Type 2 regulations do work as we very seldom see crimes, especially mass shootings, committed with those weapons. While this proposal doesn’t absolutely fix the situation, nor does it better prevent those that shouldn’t have possessed these firearms in the first place, it definitely goes a long way in better regulating where these weapons are and who owns them. 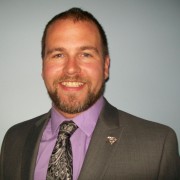 Brad is a resident of Muncie, Indiana. He is an Archaeological Consultant with Pioneer Consulting Services, and writes for a locally owned Gannett newspaper. His passion is historic preservation and he and his wonderful wife Denise live in a restored older home in Muncie's Old West End. You can reach Brad at rbradleyking@gmail.com.

Crony Capitalism is Undermining This Nation

1 in 15 Americans Live in Extreme Poverty

Are We Transitioning To a New Economy?