It must be difficult for a daily newspaper to create content that would keep people buying product when less people are reading it while turning to social media/internet for news and information.

Furthermore, if your job is to write stories and there is nothing to write about, would you create stories that don’t really exist? As an editor, do you shape the story to fit your personal agenda, or persuade readers to feel a certain way about one organization over another?

If you work for Gannett, the answer is, “Yes, all the above”.

Keith Roysdon, local government and business writer, penned a piece this past week titled, “Management Changes Possible at Tuhey” presenting the appearance of a battling city administration and pool operator during their final year of a public-private partnership. The primary issue he hyped up was whether the pool operation was profitable.

First of all, the pool is a community service, and secondly, Keith never discussed the $190,000 bond payment paid by taxpayers. For the record, Tuhey Pool could never generate a profit above current debt service with less than 4 months to generate income. It will never happen.

How can a seasoned business writer discuss profits without mentioning debt service?

Regardless of the logical flaws, we’ve been talking with Mayor Dennis Tyler and Parks Superintendent Harvey Wright frequently, and they have been extremely happy with White River Aquatics (WRA). WRA was formed by the Cardinal Swim Club to manage Tuhey Pool. They’ve done an excellent job generating a surplus of income over expenses this past year.

The principles of WRA are Michael Hicks and David George. We talked with both Michael and David and they have been very satisfied with city leadership and the efforts of the parks department.

The contract between the two was a two year proposal ending December 31, and either party can opt out if not interested. From our conversations, both parties are satisfied with the other.

So why would Gannett’s Roysdon create a different picture?

One possible motive is not long ago, all the staff reporters at The StarPress were busy writing fluff pieces for the republican party in order to portray then mayor, Sharon McShurley, as a crusader for the community to bring the summer swimming pool back to Muncie.

This story sold newspapers, and it was persuasive, but it was also fiction.

The pool was closed after the 2008 summer swim season and stayed that way until the former mayor saw it as an opportunity to garner votes from neighbors completely ignored by her administration. She shunned the east and southern half of town who relied on the community pool to cool off during the hot muggy summers in Muncie.

The former mayor isn’t the only one who ignores those neighbors. Let’s not forget the YMCA was in charge of managing Tuhey pool when it closed in 2008. They made no effort to raise money for the needed repairs, so it remained closed the following two swim seasons.

And let’s not forget the Unison Group comprised of YMCA employees and board members who solicited investors for an $8 million dollar water park with sizable backing from a local foundation. That wasted the better part of a year, nearly two. Turns out the foundation gave no support, so the YMCA concept of having the community build them a new facility failed.

Despite the lack of substance, the YMCA’s project was given a three page color spread in the Sunday edition of The StarPress enticing the community with visions of water slides and lazy rivers.

Hey egg, let me introduce you to face.

With Cathy Clark, President and CEO of the YMCA on the Editorial Board of Gannett’s paper, it seems the newspaper is creating an adversarial scenario between the city and pool operators to open the door for the YMCA to once again manage Tuhey Pool and save its tarnished reputation after it failed to reopen Tuhey pool in 2009 and closed its south side fitness center in 2010, the same year opening its second facility in upscale northwest Delaware County.

Is The StarPress saving face and once again, writing fluff pieces for the chosen ones?

By the way, does anyone know what happened to the vintage 1996 fitness center equipment leased by the YMCA until they closed the Southway Fitness Center in 2010?

We already reported that the YMCA never replaced a single piece of fitness equipment in 14 years and then told the newspaper the reason they closed the south fitness center is its 600 plus members weren’t using the facility. Hint, hint, upgrading equipment is mandatory to retain member engagement.

Our sources have found the very same equipment in another local fitness center. Who would offer 1996 fitness equipment to dues paying members in 2012?

Anyway, is Gannett reporting local news and information, or are they creating adversarial relationships to sell product while simultaneously serving as a public relations department for those calling the shots?

It doesn’t take much effort to connect the right dots by following the trail of money.

Has Open Government Pledge Been Met by Obama 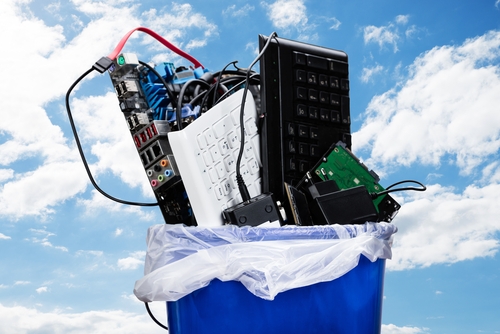