Censorship by the government with their corporate partners isn’t the only problem the past several years. People don’t trust the media and for a good reason. The trust in media dropped below 20% years ago, and I expect it only to get worse as will our confidence in government – local, state and federal.

Both our political system and media/entertainment complex are coopted and ran behind the curtains and doors by the American Aristocracy. Call it an oligarchy or plutocracy, but don’t call it a democracy or representative republic because that should insult everyone’s intelligence.

In the latest issue of Truthdig, author Teodrose Fikre pretty much sums it up in his article titled, “The Two-Party Scam”:

We are witnessing the tried-and-true tactic of imprisoning voters in the moment. The duopoly continues to thrive because the media-politico establishment has conditioned us to have short-term outrage and disregard the connective nature of the two-party racket. Both parties are co-opted by corporations and the plutocrat class. They differ on the margins, but at their core, Democrats and Republicans’ primary purpose is to transfer wealth from the masses to the neo-aristocracy.

Money buys the media and the politicians. You get the story they want you to hear. Anybody questioning their narrative is marginalized, censored and now even arrested. If your website or Facebook page is used to organize a protest, guess who gets a call from the men in suits?

In Bloomberg, you get a chart showing near full employment with title lines reading, “The Economy is Booming.” 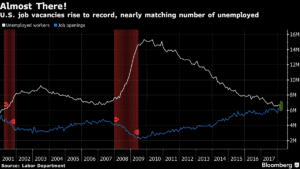 Hidden on page 6 we find United Ways biannual ALICE Report on what we are experiencing:

Nearly 51 million households don’t earn enough to afford a monthly budget that includes housing, food, child care, health care, transportation and a cell phone, according to a study released Thursday by the United Way ALICE Project. That’s 43% of households in the United States.

The figure includes the 16.1 million households living in poverty, as well as the 34.7 million families that the United Way has dubbed ALICE — Asset Limited, Income Constrained, Employed. This group makes less than what’s needed “to survive in the modern economy.”

We are entering a period never before experienced in America. Maybe the previous Gilded Age in the 30’s where FDR single-handedly saved capitalism and our democratic principles. But the people have little or no power today except at the voting booth – Americans have been convinced that unions forced corporations to move across our border. It’s a lie – pure propaganda. Our economic system seeks out low-cost labor, and there are plenty of countries willing to let their slaves work for slightly higher wages in American factories.

The distortion creates the disconnect created by the purveyors of propaganda…they tell us our country is doing fantastic and we’re an economic powerhouse so keep buying, buying, buying. However, the once thriving working-class don’t have those choices to make. It’s more like, “Which utility bill can we skip this month?”

Those who want to tell the truth about our experiences are targets of censorship or are removed from the mainstream – marginalized.

This two-faction scam works only because establishment voices sheepdog the citizenry to accept a binary view of socio-political issues. We are given limited choices and told to vote for one of two equally malicious parties. There is a reason why over 40 percent of Americanswho can otherwise vote refuse to do so. That number seems to go up every election cycle. More and more people are waking up to the ruse and realizing that a ballot limited to two parties is not a republic; it’s a tyranny of false choices.

“False choices” because we’re not receiving the truth – censorship and propaganda rule our local community and our country.

How Millennials are Affected by Debt 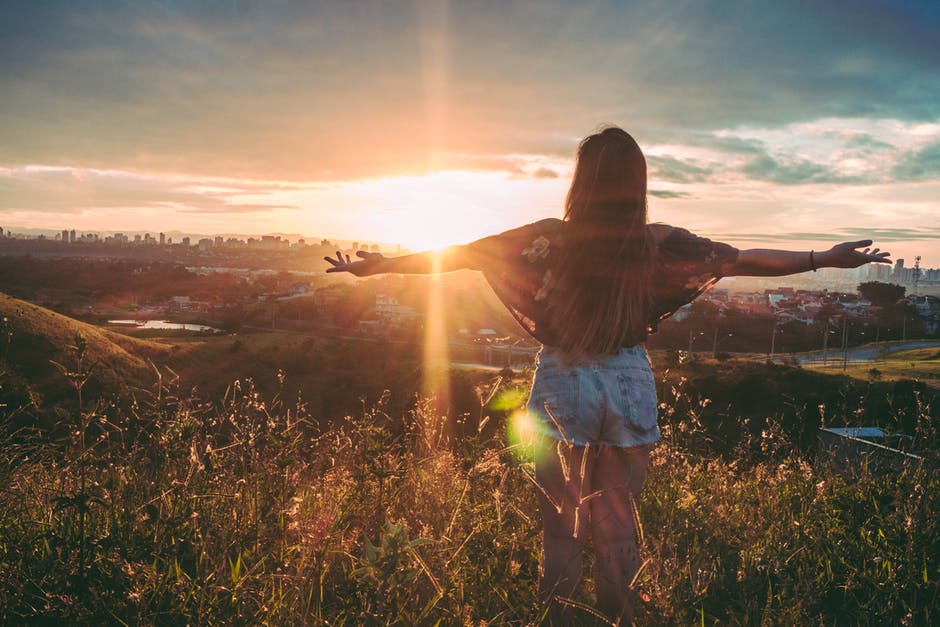