MUNCIE, Indiana NEWS – I like to give our local economic professors grief over their biased and co-opted opinions about why our economy behaves the way it does. They are distinguished professors, and neighbors, so their opinions have merit. However, when their belief systems get in the way of facts, it becomes a little too much. They excuse their Libertarian bias as “cold harsh truths” about how our free market economy functions.

For the record, there is nothing factual about the study of economics, and we don’t have a “free market economy”. A free market doesn’t exist, but we are surely getting close to one and I’m pretty sure this is why our political and economic systems are in shambles.

We call our economic system capitalism, but it’s a pure mix of capitalism and socialism, dating back to the Founders who used slaves as free labor. A Libertarian blames the government for all our problems, while ignoring the Wealthy Elite who’ve hijacked our government for their own benefit. Essentially, they are apologists for greedy sociopaths.

Several weeks ago, Carrier announced they were closing their two Indiana plants and moving manufacturing operations to Mexico, displacing over 2,100 workers. Senator Joe Donnelly delivered a stump speech during a hearing before Janet Yellen, the Fed Chairman. She basically shrugged it off as being due to competitive forces.

Yes, it’s hard to compete with $3.00 an hour, especially when you have a Mexican government with little or no environmental regulations. We allow trade to freely flow across our borders via free trade agreements like NAFTA, signed by former president, Bill Clinton. NAFTA gutted the Midwest. It turned the Midwest into the Rust Belt almost overnight.

Last week, Dr. Michael Hicks shared his opinion on Carrier’s move from Indianapolis to Mexico. (note the average wage in Indy was $24 an hour, and in Mexico, the workers will get $3.00 an hour).

Sadly, all Dr. Hicks does is throw up several smoke screens for the CEO of Carrier, and one for Governor Mike Pence. He blames the relocation decision by Carrier on its innocuous shareholders who happen to own stock in United Technologies (the parent of Carrier), a multi-billion dollar a year defense industry conglomerate traded on Wall State. According to Hicks, Wall Street investors (meaning us Americans who own their stock) demand higher productivity from workers. Apparently, Mike wants us to believe that Carrier’s employees aren’t as productive at $24 an hour as Mexican workers will be at $3.00 an hour. His exact quote was:

We do want workers to earn $24 an hour, with health benefits and retirement and vacation. But to do so they have to produce $24 an hour in goods, plus the cost of health care and retirement and vacation. They also have to help earn a profit for their company (6.1 percent last quarter for UT). Otherwise those troublesome owners will force them to become more profitable, either through automation or moving where labor is cheaper.

I’m sure that Mike’s college of business research department has plenty of graphs showing worker productivity gains over the past several decades, and how those gains have all gone to CEO’s and shareholders. In fact, none of the gains in worker productivity have translated into higher wages, better working conditions, more benefits, or family leave for workers. As Albert Einstein told us in the 40’s, technology has increased worker productivity, but the gains are going to owners of capital.

Here’s a graph demonstrating the problem with Mike’s assessment:

Sorry Mike…workers have been more productive for decades, and investors have benefited, and so have CEO’s. The “ratio of CEO pay” to “average worker pay” has gone off the charts. The gap between the two is the highest this country has ever witnessed.

For the record, if you want to know why both Bernie Sanders and Donald Trump have so many followers now, it’s because Americans are demanding changes to ALL of our unfair – rigged systems.

And, who’s at fault for this decision? According to Mike, it’s “government largesse”. His exact words:

This means that through government largesse profitable companies and working households subsidized a company whose business plans couldn’t ultimately include staying in the US. In hindsight, maybe that wasn’t a good investment. Perhaps it would be wiser for government to invest in making people more productive.

For the record, I pulled this straight from the website of Indiana Economic Development Corporation, the entity which hands out taxpayer money to corporations in Indiana:

Led by Indiana Secretary of Commerce Victor Smith and IEDC President Jim Schellinger, the IEDC is organized as a public-private partnership governed by a board of directors. The IEDC Board of Directors is chaired by Governor Michael Pence and reflects the geographic and economic diversity of Indiana. The IEDC focuses its efforts on growing and retaining businesses in Indiana and attracting new business to the state.

It was specifically organized as a “private corporation” so the press cannot gain access to confidential information. It was specifically organized in such a way to get around public access laws, even though this entity makes decisions about how to spend our tax dollars. None of the people serving on the board are accountable to the people, and most of them represent industry.

Therefore, when Mike refers to “government largesse” making an unwise decision to invest $5.1 million of our tax dollars in Carrier, knowing full well their end game was to move to Mexico for cheap labor, he’s falsely blaming our government. The entity shelling out dollars to corporations at the state level is nothing more than a private slush fund for CEO’s to spend taxpayer money on other CEO’s. What a great scheme, huh?

When the lawmakers in Indianapolis gave $5.1 million to Carrier, or its $58 billion parent, United Technologies, Hoosiers were not asked for input. Our governor and his appointed board made the decision, and should demand the monies be returned.

Further complicating this issues is the amount of money United Technologies gives to politicians. Beginning in 2008, UT has shelled out $1.0 million in campaign contributions, and in 2016 alone, they’ve already spent $980 thousand.

Luke Messer, Susan Brooks and Andre Carson are just a few of Indiana’s lawmakers who receive donations from Carrier’s parent company. When you consider Carrier received a mere $5.1 million just in Indiana, we’d say it’s been a great investment.

Don’t waste our time apologizing for why moneyed interests make decisions. We already know it’s always about the money and never about the workers. You can conjure up all kinds of smoke screens to protect these greedy bastards by blaming it on our “government largesse”, but our politicians, especially those with an “R” beside their name, are just shills…hired hands to write laws benefiting the establishment and figuring out how to make them more money. We don’t have public servants any longer….we’ve got corporate servants running the government for the people.

Until Mike and Cecil learn how to write like a business journalist, their columns should be confined to the “Letters to the Editor” section of our newspaper, just like every other citizen sharing their opinions about society, politics or the economy.

5 Ways to Make the Most of Your Lunch Hour 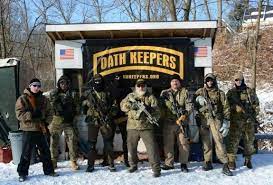