MUNCIE, Indiana NEWS- All the good news coming from SCOTUS over the past week has caused social media to explode with Hoosiers supporting Same-Sex Marriage and the Affordable Care Act. Buried beneath the good news was Governor Mike Pence’s letter to the Environment Protection Agency (EPA), and later SCOTUS’ ruling against the EPA.

According to his press release, Mike writes to the President:

“If your administration proceeds to finalize the Clean Power Plan, and the final rule has not demonstrably and significantly improved from the proposed rule, Indiana will not comply. Our state will also reserve the right to use any legal means available to block the rule from being implemented.”

“Our nation needs an ‘all of the above’ energy strategy that relies on a variety of different energy sources,” said Pence. “Energy policy should promote the safe, environmentally responsible stewardship of our natural resources with the goal of reliable, affordable energy. Your approach to energy policy places environmental concerns above all others.”

He’s spending thousands of taxpayer dollars in legal fees fighting the EPA to help the coal industry. It should make Hoosiers proud to know we live in a state that advocates for corporate profits for companies who are poisoning our children.

Is it possible that Mike Pence and Antonin Scalia were best buddies when Mike served in Washington? In the 5-4 SCOTUS ruling, Justice Scalia wrote, “It is not rational, never mind ‘appropriate,’ to impose billions of dollars in economic costs in return for a few dollars in health or environmental benefits.”

“A few dollars in health…”? Hold that thought from the cranky old man who’s made plenty of headlines for his sarcastic zingers in dissenting opinions.

Speaking of zingers, our governor advocates for an imaginary ‘all of the above’ energy portfolio, but Indiana relies on coal for 85% of our energy needs. Not exactly an example of diversity.

Pence is wasting his time and our money. The ruling by SCOTUS is a narrow ruling which really won’t make much of a difference in Indiana since most of our energy companies have complied with Clean Air requirements. We’ve been told by several sources that Pence was just grandstanding for the Koch brothers who own coal in Indiana, while showboating for big campaign contributors at Duke Energy. Campaign season has begun.

Here’s one thing we’d like to see from Governor Pence – an open and honest debate on the costs/benefits of dirty energy sources in Indiana with real air monitoring devices in all 92 counties, so we can see where the worst violations are occurring. IDEM’s strategy must be – ‘if they can’t measure it, we can’t be held accountable.’

You certainly won’t hear anything from our radio, television or newspapers. They aren’t even relevant in the discussion or we’d know about the thousands of CAFO’s operating throughout our state who self-regulate and are protected like foreign diplomats. Speaking of, many are subsidiaries of Smithfield which is wholly-owned by China.

In order to frame the discussion, let’s go where the Koch brothers have no influence – the World Health Organization (WHO). According to the WHO:

Last year, WHO documented that over seven million deaths every year are attributable to air pollution. This makes it one of the most important health risk factors globally, comparable to tobacco smoking, and the largest killer in some countries. Globally, 88% of the world’s population breathes air that does not meet WHO’s air quality guidelines. This is partly due to poverty and lack of access to clean energy—but it is also a result of policy choices.

“Policy choices” in the USA is a nice way of saying the energy sector uses million dollar lobbyists to bribe politicians for subsidies, or to sneak in last minute language reducing or cutting funding on regulatory bodies across the country.

Instead of talking about our air quality, Mike uses Southern Indiana’s coal related jobs to scare people into supporting his nonsensical rants. He uses taxpayer dollars to file lawsuits against the federal government who is trying to save the lives of infants and our elderly.

It’s literally the same strategy with the 23 republican led states. The voters in Red States have elected industry backed minions to run their state and it seems like all of them are running for president in 2016.

We appreciate SCOTUS worrying about the “cost of burdensome regulations” on corporations, but what are the costs to our environment and health? What are the health related costs to Hoosiers for inhaling toxins into our blood? Is it linked to our high infant mortality rates? Autism? What about asthma and cancer?

Thankfully, we have agencies in the world which aren’t controlled by money and have laws against bribing public servants. According to the same WHO study referenced above:

The health impacts of air pollution are not reflected in the price of the fuels that cause them, so the cost is instead borne in lost lives, and health system expenditures. A recent report by researchers at the International Monetary Fund identifies the omission of health damages from polluting fuels as the largest of the subsidies provided to global energy production and use, which will total $5.3 trillion in 2015. This is larger than total health spending by all of the world’s governments.

While Governor Pence says, “The administration’s approach of placing environmental concerns above all others has been costly to Indiana.” and Justice Scalia references a “few dollars in health and environmental benefits”, the World Health Organization contradicts both of them with not headline making zingers, but facts.

So, pardon the pun, but it’s time for Governor Mike Pence and his Department of Environmental Regulation to come clean with Hoosiers. Environmental economists are all saying it’s time we consider ALL the COSTS of cheap energy sources, so we can intelligently assess whether we would like to pursue alternative energy sources.

Personally, I don’t want Governor Mike Pence speaking for me, and from what we’ve seen across the state, Hoosiers don’t much want him representing their interests.

These are simple, straightforward questions we’d like the governor and his environmental administrators to compile answers for in the coming months to help open an “Honest to Goodness” dialogue. If you have other questions you’d like us to ask, send them to: todd@middletownmedia.com.

We’ll give you a couple of weeks to send us your comments and then we’ll be sending the questions to Mike Pence and IDEM. It’s time for Hoosiers to know what toxins are being released into our environment. Only through transparency can we learn about what it’s truly costing is by using cheap, dirty energy sources. According to the World Health Organization, we are exchanging cheap fuel bills with our lives. Shouldn’t we have a say in that exchange? 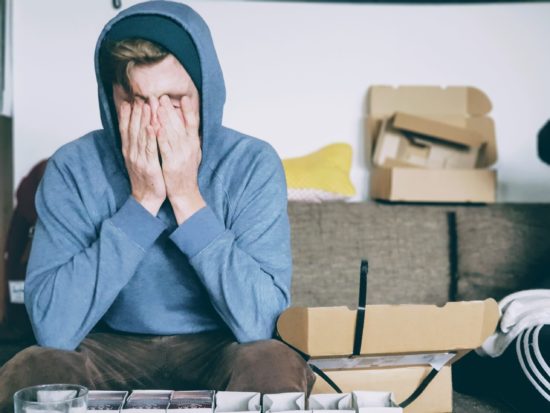