MUNCIE, Indiana – With all the news about the Sunni rebels called ISIS in Iraq, and “War Hawks” appearing on national media outlets beating the same war drums, we thought Hoosiers and Americans deserved a refresher course on the Iraq War propagandizing by former President and Vice President Bush and Cheney, respectively. However, they didn’t do it alone – a complicit media turned their “objective cheeks” and fed patriotic readers exactly what they wanted to hear and what the Bush family wanted us to hear after the 9/11 attacks.

What happened to the Fourth Estate?

Dan Rather told Bill Moyers: “I don’t think there is any excuse for, you know, my performance and the performance of the press in general in the roll up to the war. There were exceptions. There were some people, who, I think, did a better job than others. But overall and in the main, there’s no question that we didn’t do a good job.”

Our friend Bill Moyers presented an excellent 2007 video discussing what led up to the Iraq War in 2003 and how the media industry, especially the investigative journalists from the major news outlets, failed in properly informing United States citizens of the truth. In fact, their “fears of being wrong” and “not wanting to be seen as a trouble-maker”, allowed them to be drawn into a war that was 100% based on lies.

I particular liked seeing the scripted press conference put on by former president George Bush with his lap dog Washington Press Corps who all went along with the script by “raising their hands and pretending to be called upon for a question”. It’s pitiful, but captures exactly what has happened to the Fourth Estate – the independent press.

Not all journalists got it wrong, but the biggest names were complicit – New York Times, Washington Post, CNN and the three major television networks. The major news outlets efficiently drowned out the dissenting news coverage. The dissenting voices were ignored by major media and American citizens. Even democrats John Kerry and Hillary Clinton chimed in the chorus and fell for it.

I have heard no persuasive evidence that Saddam is on the threshold of acquiring the nuclear weapons he has sought for more than 20 years. And the Administration has offered no persuasive evidence that Saddam would transfer chemical or biological weapons of mass destruction to Al Qaeda. War with Iraq before a genuine attempt at inspection and disarmament, without genuine international support, could swell the ranks of Al Qaeda with sympathizers and trigger an escalation in terrorist acts.

Bill asked Eric Bohlert about it, and here was his reply:

There is a segment of the video about Colin Powell’s “great speech” to the United Nations Security Council which, according to Tom Brokaw, Peter Jennings, CBS, NBC and Fox News, sealed the deal for us going to war. In the speech he referred to a “piece of classified British intelligence” which was proven shortly after Powell’s presentation, to be a fraud which was downloaded from the internet:

BRITISH REPORTER: (2/7/03): The British government dossier is supposed to be about Iraqi deception and concealment. It says it draws upon a number of sources including intelligence material. Well, actually what it largely draws on is a thesis written by a Californian post graduate student…who later sued the government for plagiarism.

It’s really sad when you hear them discuss how both editors and producers considered, “journalism as being bad for business”, but it also explains why Gallup polls show Americans don’t trust newspapers and television media. If you look closely at the trending lines, even though it was trending down, it took a sharp turn south after the Iraq War started in 2003 – Americans aren’t dumb.

As Muncie Voice has pointed to a hundred times, the press has become the public relations department for those in power and with money/influence. Unfortunately, information flows from the President’s administration to a still complicit Washington Press Corps, who then shares with their network affiliates, which then gets picked up by local news outlets, etc., etc…

The good news for us, we have entered the Age of Information. We can scan Twitter or other social media sites, and read directly from reporters or citizens on the ground. We don’t have to rely on government press conferences. As we’ve learned from the Ball State University investment losses, an administration carefully releases pieces of information they want us to know. The objective truth is not easily accessed since Randy Howard and the Ball State University Trustees are too scared to hold a press conference enabling questions from a variety of news sources to help extract the truth.

We should note – honest people welcome transparency and have no problem with press conferences. If open press conferences aren’t part of the natural communication methods for government, then they are hiding something – it’s that simple. If I’m seeking answers to questions, and public employees throw up a smoke screen about public access to records, I immediately discredit anything coming from that agency. Period.

The folks at Knight Ridder got it right, but they were in the minority. In 2006, Knight Ridder was purchased by The McClatchy Company. It’s interesting to listen to the reporters who were covering the deception. Since they were the only ones – they started to doubt themselves. We know the feeling!

The video was done in 2007, interviewing Dan Rather, Tim Russert and Walter Isaacson, who was then Chairman and Chief Executive Officer of CNN, and many others. The local Gannett’s favorite columnist, George Will, was front and center beating the war drums.

Listen to who they wanted to talk to, but declined:

As Bill so aptly put it in 2007, nearly four years after we went to war with Iraq, the press corps, and those above wouldn’t admit their complicity in misleading the American people after 9/11 leading up to the manufactured war with Iraq.

Many of the same names are beating the war drums today because they weren’t held accountable for the lies they told Americans back in 2002-03. Had the press swallowed the bullet and admitted their wrong doing and then pointed to those who intentionally misled America and the world, their reputations would be so tarnished, nobody would allow them on television or seek out a quote for a weekly newspaper – their credibility would be zero. Instead, many of the same American media companies are bringing back the same mouth pieces to talk about what President Barack Obama should do today in Iraq against the Sunni rebels, ISIS.

Our apathetic stance, or not demanding accountability for being lied to, demonstrates our Nations complicity in the “Big Lie”. We should be demanding war crime charges be brought against these people, but instead, they are allowed to roam free, no jail time, no negative tick on their background. Not even an asterisk in the history books. For some, they are being pulled from the shelves, dusted off, and paraded back into our homes once again to tell us what we should do in Iraq.

Even though the video is seven years old, we think you’ll find it informative and relevant – enjoy. 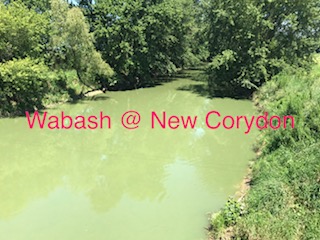