MUNCIE, IN – Two right-wing giants in Indiana have let down Hoosiers once again: Governor Mike Pence for his continued attack on the poorest Hoosiers and the Gannett owned Indy Star for allowing him to do it without any prodding. The Indy Star’s Maureen Groppe, Gannett Washington Bureau, printed a public relations piece for Pence when she should have asked him about the 400,000 Hoosiers who are uninsured while he runs around the state trying to cut taxes for the wealthy and the businesses they own.

We covered this story once before here about the politics of Gov. Mike Pence – his refusing to expand Medicaid in Indiana leaving hundreds of thousands of Hoosiers uninsured needlessly. Why needlessly? Because all Hoosiers contribute taxes toward Medicaid so expanding the program would be free. The federal dollars are already there set aside for Pence to take and use for the program. But, he won’t.

He claims, and Maureen obliges by writing, ““We are exploring ways that we could do this in a fiscally responsible way in Indiana in the long-term,” Pence said.

She laid out the facts, which we presented once before:

Under the Affordable Care Act, the federal government will pay 100 percent of the cost of expanding Medicaid through 2016. The federal share phases down to 90 percent by 2020.

That could bring an ­additional $17.3 billion in federal funds to the state over 10 years and potentially provide insurance to about 400,000 Hoosiers, according to the nonpartisan Kaiser Family Foundation. Indiana would have to increase its Medicaid spending by 1.3 percent, or $537 million over 10 years, according to the health policy research group.

She also never asks the Governor why he wants the poorest Hoosier’s to pay an extra tax in the form of a health savings account through the Healthy Indiana Plan.

So, who exactly is Pence stiffing, “Hoosiers who earned too much to qualify for Indiana’s traditional Medicaid program — about $4,687 a year for a working mother of two — but not enough to buy private insurance. The plan requires that participants contribute to a “POWER” account that is used to pay for services before other coverage kicks in.”

We just released Gallup’s Well-Being Index showing Indiana still ranking in the bottom quintile, or 40th out of 50 states, for our health and wellness. One of the problems is lacking access to healthcare.

From 400,000 to 800,000 are uninsured in one of the poorest and least healthiest states while Pence leaves $17.3 billion of Federal funds in Washington because of his politics or desire to receive a Tea Party nod for a presidential run in 2016.

While he spent last year running around the state wanting to cut $1 billion in taxes for businesses, he wants to avoid spending $537 million over ten years to make sure the poorest Hoosiers have access to healthcare insurance helping to relieve the stress of getting sick and not having the money to go to a clinic.

Pence’s excuse, “We are exploring ways that we could do this in a fiscally responsible way in Indiana in the long-term.”

Yet, he’s refusing to accept $17.3 billion in Federal funds and thousands of jobs that creates in the healthcare field. It makes no sense, and Maureen Groppe with Gannett knows it, but not one word questioning the Governor about how nonsensical his opposition is to expand Medicaid.

Journalists are given special constitutional rights to be the watchdogs for the people by holding our government accountable. Does this sound like a watchdog for the people, or a publicist for the governor?

4 Ways to Reduce Your Carbon Footprint with Cloud Computing 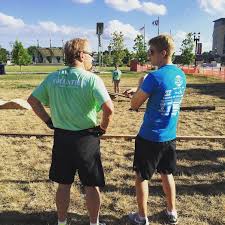 Craig Nichols: Did he act alone?